A Comedy/Drama written by Bruce Norris

Why are Bev and Russ moving out of their house in Clybourne Park? In this spin-off to Lorraine Hansberry’s 1959 play A Raisin in the Sun, Bruce Norris's searing play Clybourne Park is loosely based on historical events that cover fifty years of racial and real estate history in Chicago, shining the racial spotlight on everybody, no matter where they live. The power of Norris’s scorching play, which won the 2011 Pulitzer Prize for drama and the 2012 Tony Award for Best Play is that the villains are not bizarre-looking monsters from the depths of Lake Michigan but ordinary people. Clybourne Park is worth-while evening of bitter satire that makes us laugh while it indicts us.

All performances are on the main stage at the Dorothy Dickson Darte Center at Wilkes University.

This 1975 Pulitzer Prize and Tony Award winning musical captures all the spirit and ambitious tension of dancers auditioning for the chorus line of a Broadway show with a sensational score and riveting real-life stories.

Pippin His Life and Times

By Matthew Burnett • Based on the novel by Thornton Wilder

In this charming comedy a restless schoolteacher in search of adventure sets out to see the world in the summer of 1926. Stranded in the tony resort town of Newport, Rhode Island, he becomes entangled in the intrigues of the leisured class and finds more than he ever dreamed!

A servant-girl in love with a young farmer maliciously causes his wife to be accused of witchcraft in this exciting drama of bigotry and deceit. Set during Old Salem’s Puritan purge of witchcraft, it is the perfect play for our post-truth times. 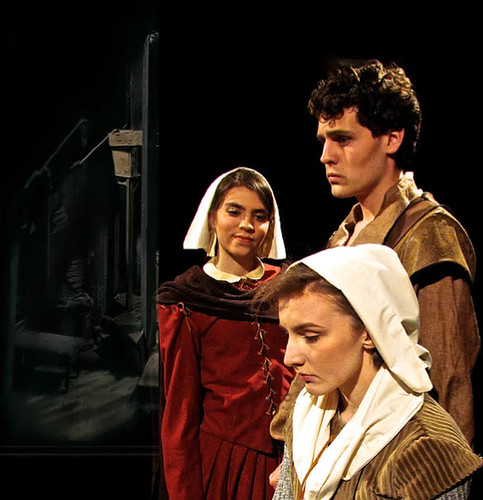